A little timeout for players leaving the game at the beginning (and maybe leaving the pre-lobby very often)
Some ppl joining games look if the are Personoids and if they not, they just leave. a little punishment for those players would be nice. Maybe not if they leaving 1-3 times a day, a dc can always happens, but ppl leaving very often should be punished a bit.

Nah. Until they get block and report working they got no business punishing people for leaving toxic lobbies. 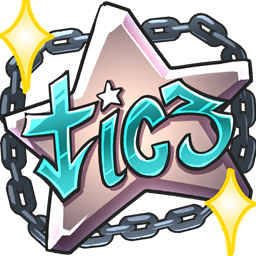 I don't agree on punishment for dodging toxic lobbies. I'm new to the game and already found people I just would not like to play with. Especially if the content is unnatural and very inappropriate for listeners at times. I've literally heard individuals being degraded and were new players.

The new player then left the game, and the toxic player continued like it was justified... No, I do not ever want to play with a negative force stopping players from enjoying the game and learning.

should be solved with the upcoming Karma system

i leave games when i've been killed unfairly, etc. because i don't need the points as i'm 1 million points over level 30. i personally think timing people out for this reason is unfair as it could just be simply connection issues, a game crash, or they're not feeling comfortable being in a game that can be extremely toxic at times.

i think that the issue with people leaving in pre-lobby is that they just want to avoid people that are or have been toxic. dodging lobbies is not a big deal. they'll appear back in the lobbies if they ready up too soon because the game doesn't have that many people playing right now... having a timeout just to avoid having an unenjoyable game (especially one that relies on voice chat) is kind of an unfair punishment.

the issues I've seen with timeouts from leaving the game early is some peoples games or internet may crash. I've seen this in Dead by Daylight.
So until crashes and stuff are fixed I think this is a good idea as long as they dont keep increasing the timer like DBD does.
Maybe make them stay in the game for a certain amount of time before tthey wont get a penalty. This is something I wish DBD had.

i thought more for players joining and leaving like 30-40 times just to troll other players (yes i have the feeling there are ppl out there doing this, was a problem during the last playtest, joining - staying till the countdown starts - leaving at around 10 secs while laughing)

Never even encountered this once.

I think leaving pre-game shouldn't be punished, this should just open the lobby for matchmaking again as there are current connection issues.
I think this should be IRL time-based as well (e.g., 3 disconnects in 3 hours would time you out for a global 30 mins etc).